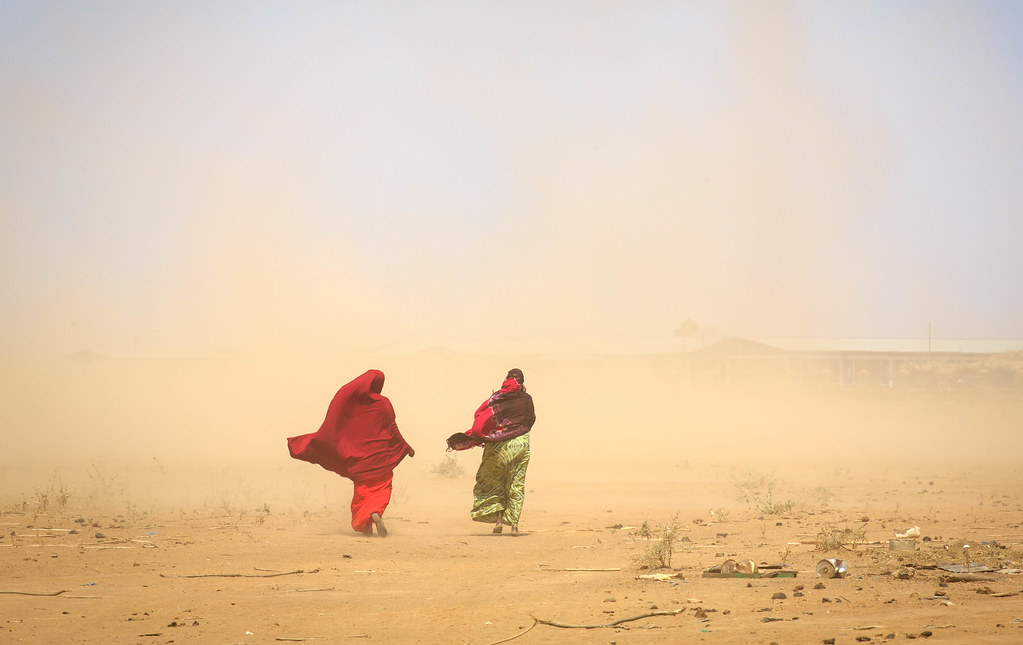 A4ID’s legal partners collaborate to create a world class, specialist environmental court of law that is adapted to the local Ethiopian context.

A4ID’s legal partners collaborate to create a world class, specialist environmental court of law that is adapted to the local Ethiopian context.

The decade of 2010-2020 witnessed an extraordinary turn around in Ethiopia’s fortunes. Based on the World Bank’s figures, Ethiopia’s average growth rate of 9.4% per annum makes it the third highest in the world after China and India, and its average Gross National Income now at US$850 per person represents a staggering 650% increase over the period for this quiet achiever. The Government has set itself an ambitious goal of reaching middle income status by 2025 led by an agriculturally based growth strategy.

Yet, all this progress has come at a cost. Severe degradation of ecosystems and productive agricultural lands, deforestation, and poor utilisation of water resources fuel increases in poverty, food insecurity, loss of biodiversity, and even conflict. Climate change also poses a huge challenge with increasingly unpredictable rains, and in some years, a complete failure of seasonal rains making Ethiopia one of the most drought-prone countries in the world. These problems are amplified by an exploding population. With a current population of 115 million, Africa’s second largest after Nigeria, it will continue to increase at a rate of 3 million each year until 2050 when it is projected to reach 205 million. This increased demand for resources places further stress on the environment.

Clearly, Ethiopia’s reliance on agriculture means that the continued development of Ethiopia and its people in realising their potential would be inextricably linked to, and heavily dependent on, a sustainable, healthy and clean environment. Acknowledging this, the Government had equally committed itself to becoming a “climate resilient green economy” by 2025 with no net increase in carbon emissions in striving for its growth targets.

In the meantime, with the increasing internationalisation of environmental law making, Ethiopia was required to domesticate an ever-increasing amount of ratified treaties into domestic legislation which it was then expected to enforce. The existing mainstream court system was not fit for purpose in dealing with the challenges ahead for several reasons. First, they were beset by lengthy delays in reaching judgment. Secondly, judges were ill-equipped to deal with the highly technical and complex scientific evidence that invariably accompanies most environmental law matters. With neither the institutions nor the capacity, enforcement of Ethiopia’s commendable environmental laws had been extremely challenging.

The Solution: A Specialist Environmental Tribunal

Charged with the responsibility to initiate and coordinate strategies, policies, laws and standards and to monitor and enforce them, the Ethiopian Environment, Forest and Climate Change Commission (the Commission) is an executive organ of the Federal Democratic Republic of Ethiopia. This federal institution is responsible for managing the environment of Ethiopia in accordance with the basic principles enshrined in the Ethiopian constitution. Its mandate is wide ranging and encompasses wildlife, biodiversity, biosafety, and climate change. The Commission plays a vital role for the realisation of Ethiopia’s ambitious aim.

A purpose-built specialist environmental court or tribunal of law was seen to be the most optimum solution to Ethiopia’s enforcement challenges and was central to the Government’s most recent ten-year National Environmental Development and Enforcement Programme formulated in 2020. The brief that was prepared for the lawyers envisioned a preeminent civil and administrative law court capable of hearing judicial reviews in environmental matters. The Terms of Reference included instructions to widen the legal rules on “standing” that would allow individuals and communities to commence proceedings through civil society and non-governmental organisations, who would previously have been unable to do so. This critical feature would provide agency and access to justice to ordinary citizens most affected by violations of environmental law. A further innovation was allowing the remedy of compensation for successful claimants. Both these non-negotiable features pointed to one of the overarching priorities of establishing the tribunal – making rights and obligations under various environmental laws justiciable. This would thereby provide the most affected citizens an additional forum and the opportunity to shape the course and direction of environmental law, and policy implementation and execution.

Dr Ayele Anabo, Director General of Environmental Policy, Laws and Standards Research at the Commission, and the client on the project observed on one aspect of environmental law within jurisdiction:

With limited resources and only two lawyers on staff, the Commission turned to A4ID for very particular technical legal expertise to establish a specialist Federal Environmental Tribunal for Ethiopia (the Tribunal). Through A4ID’s brokerage service, global law firm DLA Piper and Matthew Baird, an Australian barrister with extensive environmental law expertise in a development context, were selected to work jointly on the project.

Reviewing and Finalising the Bill

The legal team was tasked with reviewing a draft of a Proclamation to Provide the Establishment of a Federal Environmental Tribunal (the Bill) and provide input to ensure it aligned with international best practice in a number of key areas. This included, scope and subject matter jurisdiction; qualifications of tribunal judges and panel members; use of experts and procedural rules; and Tribunal procedure. At the outset, lawyers undertook legal research and detailed analysis into the constituting legislation and procedural rules of environmental courts or tribunals in four other jurisdictions, namely, India; Kenya; the province of Ontario (Canada); and the State of New South Wales (Australia), in order to advise on international best practice. Matthew Baird took the lead in redrafting the Bill and Nathaniah Jacobs, a lawyer embedded within the Commission through the Oxford Policy fellowship, provided support.

The final product was an admirable Bill that draws on the best aspects of comparative environmental courts and tribunals while being fully contextualised to adapt to local conditions and imperatives. The scope of the Tribunal is kept deliberately broad and includes all administrative and civil law matters that engage issues related to the environment, natural resources conservation, including but not limited to forests and land use, and sustainable development, and all matters arising from international environmental agreements and domestic Proclamations where the Commission and subsidiary institutions are mandated.

The Bill is currently under review by key stakeholders including the Police Commission, the High and Supreme Courts and the Attorney General’s Department. The Commission hopes that the Proclamation will be passed within a year and a three-year timeline is expected for the Tribunal to become fully operational.

The legal team also advised on the inclusion of Guiding Principles within the Tribunal’s Procedures. These Guiding Principles give a nod to the Constitutional rights to a clean and healthy environment, to development, and to sustainability. Public participation in the development of policies, plans, and projects for the management, conservation and protection of the environment and natural resources is expressly recognised. The Guiding Principles also acknowledge customary cultural and social norms traditionally applied by any community in Ethiopia for the management of the environment or natural resources. Other principles include intergenerational equity, polluter–pays, the precautionary principle (exercising restraint, pausing and reviewing before adopting new innovations that have an insufficient evidence base), ecological integrity, non-discrimination, access to environmental justice, and access to information and transparency.

Following the success of the initial request to review the draft legislation to an Environmental Tribunal, DLA Piper’s lawyers have continued to advise the Commission on the Rules of Procedure for the Tribunal. These will be ready and in place when the Tribunal is established.

The firm also continues to support the Commission’s work in the area of legislative reform. DLA Piper’s pro bono teams in the UK, Africa, and Dubai are conducting a comprehensive review of all Ethiopian legislation, regulations and directives relating to wildlife conservation. The reviews are focused on ten key areas of environmental impact including wildlife, water pollution, biodiversity and invasive alien species, deforestation, energy needs and urbanisation.  A separate team is producing a multi-jurisdictional comparative review of wildlife crime legislation to assist the Commission in identifying examples of best practice that can be replicated in the Ethiopian context.

Although it will take time for the people of Ethiopia to see the Tribunal as part of the institutional landscape, it is hoped that the Tribunal would increase citizen engagement. Furthermore, within five years, it is expected that the institutions of Ethiopia’s government concerning the environment will be working together to achieve their joint objectives. Due to limited legal resources within the Commission, and the lack of budget to pay for outsourced legal assistance, the pro bono work provided by A4ID’s Legal Partners was invaluable in ensuring that progress continued on the establishment of the Tribunal which will have a far-reaching impact in increasing access to justice, protecting the environment in Ethiopia and strengthening its economy.

“Environmental rule of law is undergoing a massive transformation in Ethiopia. Ambitious legislative initiatives establishing institutions such as the Environmental Tribunal are part of its efforts to reach net zero emissions by mid-century in alignment with its Paris Agreement obligations. A4ID’s support was invaluable and its work in bringing together its partners DLA Piper, Matthew Baird, the Oxford Policy Fellowship and their Fellow Nathaniah Jacobs on this project was the perfect combination of legal expertise sought by the Commission.”

The lawyers’ assistance on this project will serve to enhance access to justice in relation to environmental matters in Ethiopia. In doing so, this project advances the UN’s Sustainable Development Goals (SDGs), in particular, SDG 16 (peace, justice and strong institutions). It also significantly cross-cuts and impacts on SDG 1 (no poverty), SDG 2 (zero hunger), SDG 3 (good health and well-being), SDG 6 (clean water and sanitation), SDG 8 (economic growth), SDG 12 (responsible consumption), SDG 13 (climate action), SDG 14 (life on land) and SDG 15 (life below water) and, of course, SDG 17 (partnerships for the Goals). With such vast interlinkages, it is hoped that the Tribunal is bound to be truly transformational. 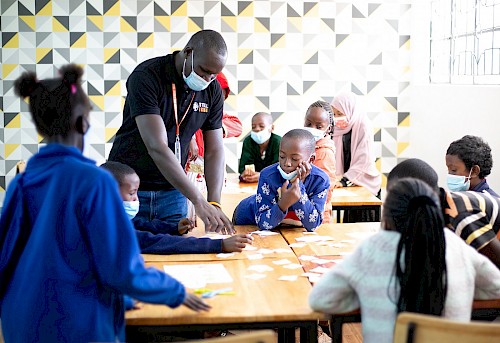 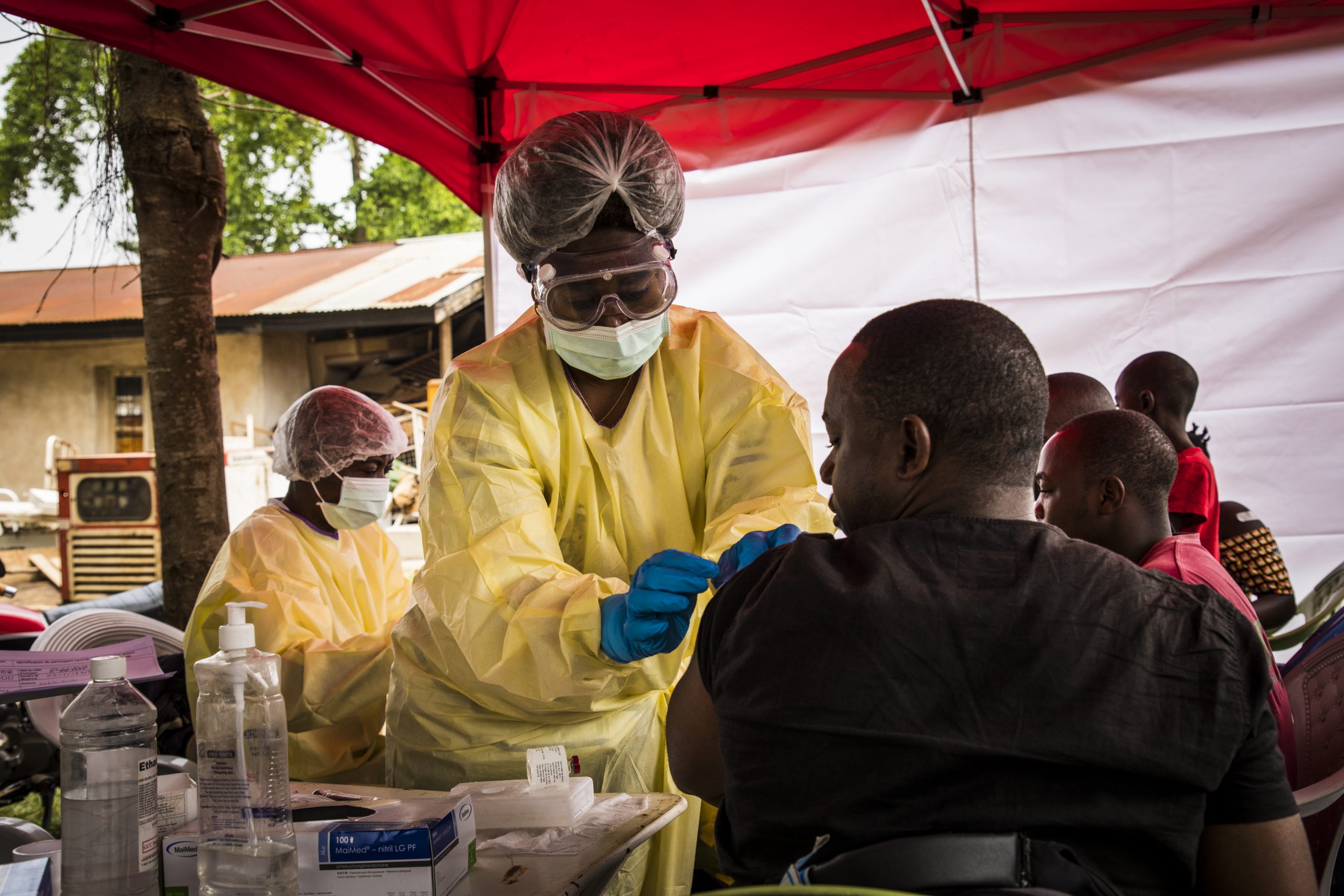