I am reflecting on this day while I am in India, at a time when the country has been provoked into thinking about women by the unlikely combination of a female British journalist and one of the gang of Delhi 2012 rapists. 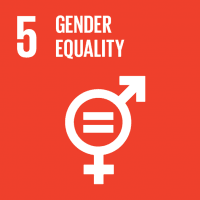 What brought this sharply into focus is a film of the rapist stating in a BBC TV documentary that the victim died because she fought the gang who raped her. He added as an aside that Nirbhaya deserved to be raped because good girls do not venture out after dark.

The UN theme for International Women’s Day 2015 is: “Empowering Women, Empowering Humanity: Picture it!” The 2015, International Women’s Day highlights the Beijing Declaration and Platform for Action, described as a historic roadmap signed by 189 governments 20 years ago. The Beijing Platform for Action focuses on several areas of concern, and aspires to a world where every woman and girl can participate in politics, receive an education, have an income, and live free from violence. I can’t help wondering what Nirbhaya would have thought of this. She would have been about 10 years old in 1999 when the UN-IWD theme was, “World Free of Violence Against Women.” The theme for 2015 has the benefit of being vague; it cannot be measured, and so it pre-empts any criticism that it will not have been achieved.

I digress, and I must return to the subject of Nirbaya, and Leslee Udwin who made a documentary entitled: “India’s Daughter.” I haven’t seen this documentary because I’m in India, but I have read about it in the Indian press, and I saw it discussed on the Beeb’s World Service, in a piece by Matthew Amroliwala. The Indian Police have banned showing this film in India: according to the Indian printed and TV media it’s because the film contains misogynistic material likely to lead to social unrest – many Indians object to such objectionable views being aired. For example, Indians expressed their views in large numbers on the gang rape and issue of gender violence very forcefully on 21 December 2012. Also, Indian media footage of angry (male) MPs in the Lok Sabha, show them protesting that permission should never have been given to Leslee Udwin to interview the rapist in Tihar gaol. Quite apart from the fact that according to Hindustan Times (HT) the required permissions were secured by the filmmakers from the previous government, are not these MPs missing the point? At the other end of the emotional spectrum, Matthew Amroliwala stated with emphasis, and I think a gentle glow of pride, that the BBC commissioned the documentary.

Mr Amroliwala’s claim that the BBC commissioned this documentary is interesting. The Hindustan Times describes how Leslee Udwin had secured agreement to interview the Delhi rapist in Tihar gaol in October 2013, and that she sold her rights for the documentary to the BBC in January/February 2014. Doesn’t that imply that 1 means fearless in Hindi the beeb did not exactly commission it? And how does it feel that the rights to the documentary had some commercial value? Clearly, the BBC likes a scoop, and if it can whip up some moral outrage and occupy the moral high ground at the same time – well why not? I won’t even go into the Hindustan Times’ report that Leslee Udwin may not have fulfilled the stipulations made at the time agreement was given for her to interview the Delhi rapist in Tihar, and that this is the reason why the programme has been put on hold.

What puzzles me though is this: why is there a storm of protest about a convicted rapist stating his understanding in public about why he is not responsible for the rape and death of Nirbhaya? It’s a bit like being surprised that the local vicar believes in God; or that psychopaths disregard others’ feelings. What would be more telling about India’s attitudes to women would be to interview the senior establishment figures who have all stated in public the same attitude as the Delhi rapist – just check Wikipedia, Delhi 2012 Gang Rape, and when you have finished it, and after you have recovered from feeling sick, read about the Bombay 2013 Gang Rape. After the sentencing of the Mumbai 2013 Gang Rapists, prominent figures deplored the extreme sentences handed out to those members of the gang who were repeat offenders, suggesting that ‘boys will be boys,’ and that besides, the victim was not harmed. This appears to mean that the victim was not killed. I am not sure what the India’s Daughter documentary has to say on this point, but it is surely a stronger argument for identifying the systemic nature of these attitudes that they are widely held by a significant cadre of opinion leaders, and not just located in a convicted rapist.

While I have been staying in Delhi since the end of January 2015, I have followed the English-speaking Indian TV news, the Hindustan Times, the BBC World Service, Aljazeera, and CNN. During this time a young woman with an intellectual (learning) disability was kidnapped, gang-raped and murdered; and an 8 year old girl was raped, murdered, and her body dumped in a gutter. The HT reports that a video of the rape of the young woman with an intellectual disability went viral on social media for a couple of weeks before anyone thought to report it to the police. When it was reported, a woman started a campaign called, “Shame the Rapists” because they had not been caught, and because the police appeared inactive. This campaigner duly had to leave her home in Delhi after her car was trashed on the same day her campaign was launched. Doubtless she feared for her safety – she had probably read the same reports as I had in HT about women who have acid thrown in their faces in Delhi if they threaten to complain to the police about the physical sexual harassment they experience. HT reports that the sale of single cups of acid has been banned recently, but it has not stopped these attacks. I wonder if these issues are touched on by Leslee Udwin’s documentary?

Meanwhile, what about international World’s Day (IWD)? I am struck by the extreme gender violence that I’ve read about having taken place while I’ve been in Delhi, and how the furore surrounding the BBC’s documentary is getting in the way of its message here (whatever that message may be). This gives me pause for thought about IWD themed goals. In developed countries, women still have a long way to go, for example achieving parity with men in terms of equal wages, and representation in parliament. In developing countries, the pre-millennium IWD goal of a world free of violence against women remains imperative now, as it was 16 years ago. Thinking about the recriminations and denials that are getting in the way of the beeb’s documentary being aired here, it seems to me that developed and developing countries would fare better for their long term vision for women and the UN themed goals of IWD if they worked together. My experience of working with high-level Indian lawyers and politicians is that a collaborative approach is fruitful.

In recent weeks A4ID has focussed on the SDGs and the Post-2015 Agenda and how incorporating the Rule of Law in the SDGs would work in India. This has meant addressing some very sensitive issues, with senior representatives of the legal profession, MPs, and other representatives of civil society. We have done some good work; we have explored some very sensitive legal issues. We have laid sound foundations to build on, while forging strong and enduring relationships that will help to progress and continue this work. I am not saying the BBC should learn from A4ID, but the India’s Daughter documentary may not be seen in India for a long time, judging but the strength of antipathy towards it, and I can’t help thinking that this is both self-defeating, and it undermines the IWD goal of a world free of violence against women, which still needs so much work.

How Can Lawyers Help Developing Countries Ensure that Increased Trade Benefits All?

The Importance of Soft Skills in Delivering Training – A Judicial Focus

Sustainable Development and the Law – Incentives and Enforcement