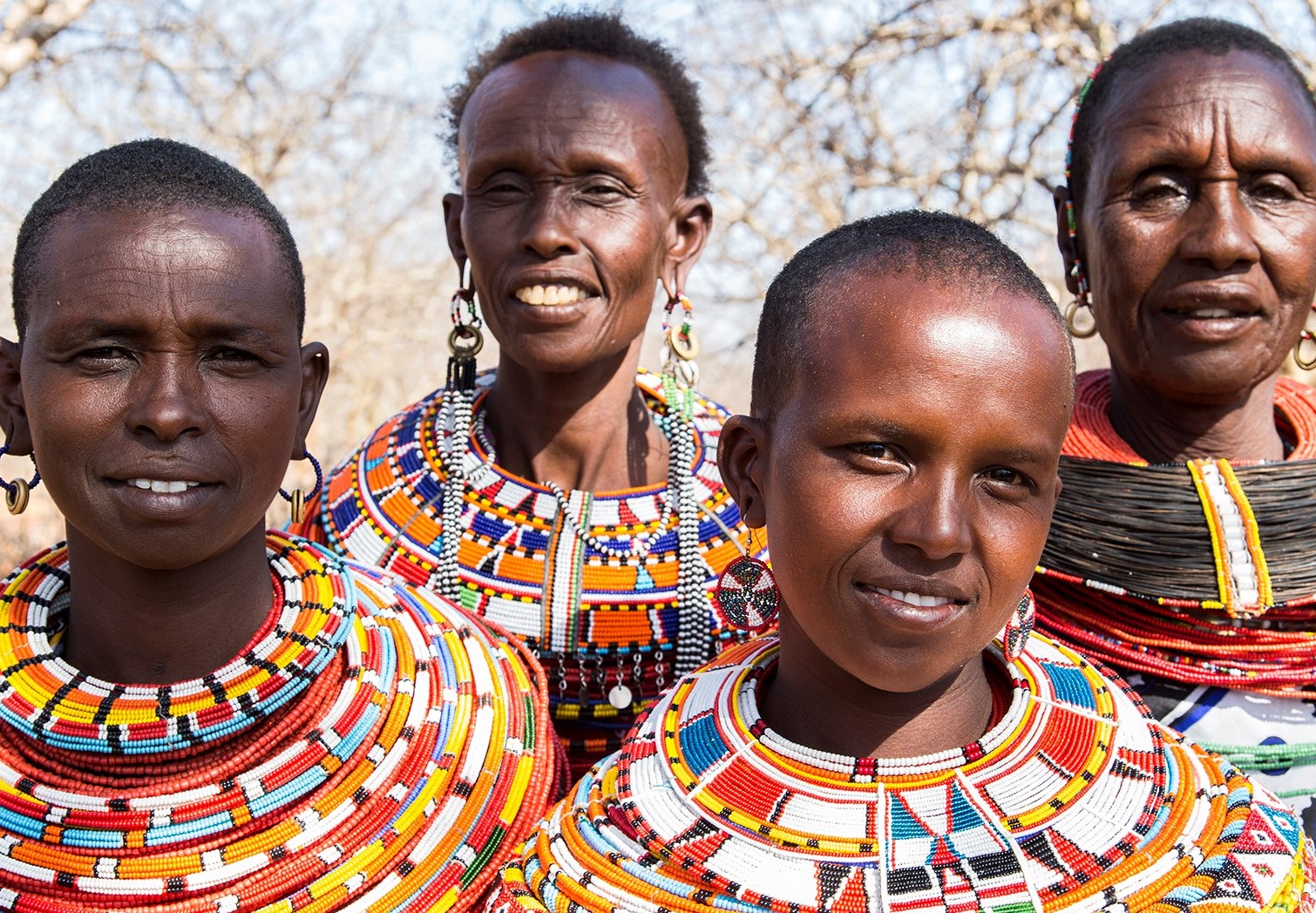 A4ID’s partners collaborate on legal research to promote the implementation and enforcement of legal bans on female genital mutilation (FGM) in four jurisdictions.

Although international healthcare professionals have declared the severe physical and psychological harm caused by FGM to girls and women, FGM continues to be practised, underreported and rarely prosecuted across the world. As part of its efforts to address violence and discrimination against women and girls internationally, including ending harmful practices such as FGM, Equality Now approached A4ID for assistance with prosecutions and litigations to eradicate FGM in Australia, Kenya, India, and the US.

Infringing the Human Rights of Women and Girls

FGM is a serious human rights abuse, which occurs throughout the world, causing permanent and serious effects on its victims, even where physical damage is not visible, and violating their human rights and fundamental freedoms. In 2018, a comprehensive survey of Bohras in India found that 75% of the daughters of all respondents in the sample had been subjected to FGM. National-level prevalence data in Kenya demonstrates that 21% of women and girls in Kenya are subjected to FGM. However, in India the practice in not currently criminalised and in Kenya despite 75 recorded FGM prosecutions, there have only been a total of 10 convictions.

In the US, in addition to international commitments to eradicate FGM under the International Covenant on Civil and Political Rights, there is a federal law making it illegal to perform FGM in the country or to transport a girl abroad to perform FGM on her. However, the federal law was declared unconstitutional by the District Court of Michigan in 2018 and is currently in limbo. Further, only 35 of the 50 US states have laws specifically against FGM, which can make prosecuting cases more challenging. Meanwhile, in Australia, where there are at least 53,000 survivors of FGM, the first conviction for FGM was made in 2015.

In July 2018, the UN Secretary-General made a call to action for a “comprehensive and multidisciplinary approach to FGM” in the report, Intensifying Global Efforts for the Elimination of Female Genital Mutilation, appealing to the legal and healthcare communities for cooperation in strengthening legislation that criminalises the practice, whilst offering specialist support to those who have undergone FGM.

Equality Now, an organisation which partners with groups around the world to hold governments accountable to their human rights obligations, turned to A4ID’s pro bono broker service to access the resources and expertise of a legal counsel team. The counsel team, made up of A4ID’s Legal Partner, Three Crowns, Ms. Schona Jolly QC of Cloisters and Ms. Lucy Martinez of Martinez Arbitration, advised and represented Equality Now on a number of FGM cases in the identified countries.

A Landmark Case: US v. Nagarwala

In the Eastern District of Michigan, the counsel team filed an amicus curiae submission in support of the federal government’s ban on FGM. Literally translated as ‘friend of the court’, an amicus curiae involves an external party who has a significant interest in the outcome of a case presenting information, insights or expertise related to the issues raised. The case in question, US v. Nagarwala was the first US federal criminal trial under the US federal FGM ban (Section 116). The prosecution brought criminal charges against Dr. Jumana Nagarwala and her associates for performing acts of FGM on nine girls (aged seven).

Although Dr. Nagarwala claimed the acts were ‘ritual nicking’, traditional of the Dawoodi Bohra community to which the doctor and girls’ parents all belonged, survivor testimony contradicts this, indicating much more serious and long-term harm arising from Dr. Nagarwala’s actions. Members of the Dawoodi Bohra community have also spoken out against the practice of FGM, particularly where it is banned by local law.

In July 2018, the defendants filed a motion alleging that the US federal FGM ban was an unconstitutional Congressional enactment. To counter this motion, the legal counsel team, headed by A4ID’s legal partner Three Crowns, collaborated with Equality Now to file a legal brief arguing that Section 116 was necessary to uphold the US’s international treaty commitments. Though the District Court ruled that Section 116 was unconstitutional based on a narrow reading of Congress’ authority to pass federal legislation against FGM, Three Crowns and Equality Now have subsequently advocated for the US Congress to continue to include international treaty commitments as a basis for enacting Section 116. This would not only acknowledge FGM as a violation of international human rights law, but also ensure that the FGM ban prohibits all acts of FGM committed in the US.

The counsel team’s legal brief drew on numerous health reports on FGM, including the Centres for Disease Control & Prevention Public Health’s report on Female Genital Mutilation/Cutting in the United States: Updated Estimates of Women & Girls at Risk; US statutes, caselaw and commentary on religious liberty and parental rights; international law and regional jurisprudence on FGM; comparative laws from other countries; and the factual and legal distinctions between male circumcision and FGM. Alongside the implementation and enforcement of legal bans on FGM, Equality Now also needed to address the resistance from communities which have traditionally accepted and practised FGM, particularly where FGM is linked to religious practices, making it a culturally sensitive issue.

Promoting the Eradication of FGM Across Multiple Jurisdictions

Equality Now was keen for the legal counsel team to undertake further research in connection with its interventions in Kenya. In particular, Equality Now sought advice and support with the following case: Tatu Kemau v. Attorney General et al, which saw a local doctor challenging Kenya’s ban on adult FGM as a violation of their freedom of expression and right to observe their culture. The Counsel Team provided a memorandum on the various definitions of ‘consent’ and coercion at international law and in various legal systems around the world, which was used to counter the argument that Kenya’s FGM ban infringed the rights of adult women who wanted to voluntarily undergo FGM.

The legal counsel team provided similar research assistance in India, in relation to Sunita Tiwari v. Union of India, a public interest litigation currently pending before a five-judge Constitution Bench. The case involves human rights advocates seeking a nation-wide ban on FGM, while some members of the Dawoodi Bohra community in India oppose the ban as a violation of their right to freely practice their religion. The counsel team’s legal research on prohibitions of FGM under international law, and on the differences between male circumcision and FGM, was used to support the human rights advocates in this case, including the intervention by WeSpeakOut, a survivor-led organisation advocating against FGM in India.

Meanwhile in Australia, the legal counsel team has been monitoring a criminal prosecution and subsequent appeals, relating to two mothers, a former nurse and a Dawoodi Bohra community leader convicted of FGM practices. After the initial convictions were quashed in the State court of criminal appeal due to an issue of statutory construction (disputing the interpretation of the legislation banning FGM), the prosecution successfully appealed to the High Court of Australia, which ruled that FGM is illegal in various forms, including where there is no visible physical damage. The matter was remitted to the State court of criminal appeal for further consideration as to whether the jury’s verdict was unreasonable or unsupported by the evidence. The legal counsel team continues to monitor these proceedings and is collaborating with Equality Now in case there is an opportunity to intervene constructively.

With the help of the legal counsel team, Equality Now has developed a range of research and legal arguments to shore up legal protection for girls at risk of FGM in the US. Although the US Department of Justice decided not to appeal the Michigan judgment, Equality Now continues to lobby for the strengthening of anti-FGM law in the US and collaborates with a broad coalition to ensure each US state enacts a law against FGM. The legal counsel team’s and Equality Now’s work promoting the implementation of legal bans on FGM across the world advances the 2030 Agenda for Sustainable Development, in particular, SDG 3 on good health and well-being for all, SDG 5 on gender inequality and SDG 16 on peace, justice and strong institutions.